If you’re at all involved in the wellness scene — and if you’re reading this, you almost definitely are — then you’ve probably heard a lot of buzz around celery juice recently. Wellness influencers are posting about it all over Instagram, celebs are extolling its benefits, Goop is talking about how incredible it is, and almost all of them attribute their discovery of the wonder juice to someone called the Medical Medium. But the whole Medical Medium celery juice craze has us asking lots of questions: who is the Medical Medium? What does he claim drinking celery juice can do for your health? And is there any science behind any of it?

In this guide to the Medical Medium celery juice phenomenon, we looked into all of those questions and more. Keep reading to find out what we learned.

First of All: Who Is the “Medical Medium”?

The Medical Medium is a mysterious guy, and it’s tough to find out a lot about him. Much of his mystique seems to lie in this mystery, and this may be why he’s notoriously reclusive: he very rarely engages with the traditional press, and it’s near impossible to contact him directly.

But we do know a few things about him. The Medical Medium is actually a man named Anthony Williams, who claims to have been born with the ability to communicate with a high-level spirit who he calls the “Spirit of Compassion.” As his website explains, this communication lets him learn “extraordinarily accurate health information that’s often far ahead of its time.” He’s used this gift to read people’s health conditions and help them heal (including, as the story goes, diagnosing his symptom-free grandmother with lung cancer when he was four years old).

That’s basically all he discloses. And since he’s extremely hard to get in contact with, and no other info about him exists online, that’s all we can really say. Definitely makes you curious, right?

Williams says he’s been spreading the word about the benefits of celery juice since 1975, but it wasn’t until this past May that he released his book, Celery Juice: The Most Powerful Medicine of Our Time, Healing Millions Worldwide. Though he’d written several other bestsellers, this book — and the Medical Medium celery craze as a whole — is really what made him a wellness superstar.

His celery juice gospel almost instantly attracted the attention of tons of celebrities, most notably Kim Kardashian, who posted about it in an Instagram story, and Gwenyth Paltrow, who excerpted a chapter of the book on Goop. Since then, many more celebs have endorsed the trend, including Pharrel Williams and Robert DeNiro, and it’s spawned a massive online movement, with more than 3 million members in his private Facebook group and over a million followers on Instagram. The Medical Medium celery juice trend has become so big that he’s come to call it the “Global Celery Juice Movement.”

The movement is big enough to be having a measurable impact on consumer habits. Celery’s popularity has spiked in the past year, and retailers and juice shops have noticed a major uptick in customer demand. According to the Northeast Regional Produce Coordinator at Whole Foods Market, celery sales have tripled in growth since last year.

So what, exactly, does the Medical Medium celery juice trend entail? He lays it all out pretty clearly. In order to reap the benefits of celery juice, he says, you need to drink 16 ounces of organic celery juice every morning on an empty stomach. While he strongly recommends organic celery juice, he concedes that you can use conventional celery, as long as you wash it thoroughly (but since celery is on the EWG’s Dirty Dozen list, going organic is probably the safest choice anytime you’re consuming celery).

What Are the Medical Medium Celery Juice Claims?

So why are so many people —  celebrities and non-celebs alike — adhering to this highly-specific regimen? Well, if you believe the Medical Medium, celery juice has nearly magical healing properties. Williams claims that drinking 16 oz of pure celery juice on an empty stomach can heal everything from gut issues to depression to Lyme disease and beyond. His website goes into great detail on the benefits of drinking organic celery juice, but we’ll summarize here. (BTW, if you want evidence-based information on how to improve your gut health naturally, download our free Gut Health Guide!)

According to the Medical Medium, celery juice can:

Many of the famous people and influencers who have joined the celery juice movement say that it has truly transformed their health, and the Medical Medium’s website includes a whole section of celebrity endorsements, as well as social media posts where they share their celery juice healing stories.

So, the Medical Medium has some very strong beliefs about the benefits of drinking organic celery juice — I mean, just look at the list above! With all of these claims, it’s no wonder that people are jumping on the Medical Medium celery juice bandwagon left and right. Who doesn’t want to heal all their health issues, clear up their skin, sleep better, and feel calm and relaxed? And all you have to do to achieve that is drink some juice in the morning? Sign us up!!

But are any of those claims actually true? What’s the science behind it all? Unfortunately, just like details about the Medical Medium himself, the answer is a little fuzzy.

See the thing is, the whole deal with the Medical Medium is that he receives his health knowledge from a spirit and not from science. In fact, he claims that he learns truths about our health and our bodies before researchers do, so his advice and beliefs are ahead of our time. Because of this, if you read his website, you’ll often come across phrasing like “medical science and research are not yet aware…” According to him, medical science isn’t yet advanced enough to be able to confirm the things that he knows. Because of this, it’s pretty hard to corroborate or dispute his claims. After all, how do you argue with the word of a “spirit”?

But there are some things we do know. For instance, we know that the Medical Medium doesn’t have any sort of medical or scientific training or certification (the legal disclaimer on his website lays this out quite clearly, also specifying that he doesn’t render medical advice or provide medical diagnoses, despite the fact that the messaging elsewhere on his site seems to do just that).

Medical and nutritional professionals are predictably skeptical of the Medical Medium celery juice claims. A registered dietician told The Atlantic that “there is no one food that will cure your cancer, inflammatory disease, or other ailment, so don’t believe the hype you see and hear on Instagram.” The publication also spoke with a professor of nutrition at New York University, who attributed it all to the trend-based nature of the wellness world. “You’ll see something take off where you just have to have celery, or you just have to have kale—one vegetable is really not better than another,” she said. Another RD expressed her dubiousness about the notion that celery juice helps you cleanse or detox, explaining that “there is no evidence that drinking celery juice, or any juice, has any detoxing or cleansing benefits.”

There also might be some significant downsides to drinking this much celery juice. Rachele Pojednic, PhD, an assistant professor of nutrition at Simmons College, took to Instagram to push back on the Medical Medium’s celery juice claims, calling it “a total lie and the definition of snake oil.” She also pointed out some potential risks of drinking celery juice, including the fact that it concentrates a whole bunch of phytochemicals to doses that may be harmful to humans, and that it contains “toxicants — furanocoumarins & psoralens — which can cause skin issues and may result in liver damage from breakdown intermediates during metabolism (mechanism unknown).” It’s also worth noting that the celery juice might interact with certain medications — blood thinners, for example, because of the high vitamin K content.

Still, that isn’t to say that organic celery juice doesn’t have benefits, and at WellBe, we’ve learned that conventional dieticians and nutritional professionals are often far behind when it comes to understanding the power of food as medicine to heal A recent study from the Cleveland Clinic showed that celery can help lower blood pressure, due to high content of a  phytochemical called phthalides. But even then, they recommend eating the whole stalk, rather than just the juice, in order to reap the benefits. It’s also important to note that when you drink juice, rather than eating produce whole or in smoothie form, you don’t get any fiber, which aids digestion and keeps you feeling fuller longer.

Of course, organic celery juice is still pretty good for you. It’s packed with nutrients, like vitamin C, vitamin K, folate, and potassium, all of which help your body function at its best. Also, since celery is about 95% water, drinking celery juice helps you stay hydrated (though you could just drink…y’know, water?). And even though the Cleveland Clinic study above recommends eating a whole stalk to most effectively lower blood pressure, the natural nitrates found in celery juice do help reduce hypertension.

Additionally, while celery juice might not be able to cure cancer, per se, celery does contain the antioxidant apigenin, which researchers at Ohio State University found promotes the death of cancerous cells. Experimental studies have also shown that celery has antibiotic and antifungal properties, and celery seeds have been shown to treat skin conditions like psoriasis. A study on diabetic rats also showed that celery seed extract helped regulate insulin levels and promote weight loss.

And if you weren’t already sold on why you should only buy organic celery, the study goes on to say the “type of soil [alkaline foods] were grown in…may significantly influence the mineral content.” This is because nutrient-poor soil from over-farming and stripping the land with chemical fertilizers and pesticides results in food with less minerals than it should have. So if you had the thought “yeah, but organic celery is more expensive,” imagine that a stalk of non-organic celery is a small jar of jam, and organic celery is a bigger jar. It costs more because you’re actually getting more (more minerals, that is), so it’s really not fair to compare them as if they are equal!

Have you tried the Medical Medium celery juice trend? If so, let us know how it went in the comments below!

Celery Juice: The Most Powerful Medicine of Our Time Healing Millions Worldwide

Secrets Behind Chronic and Mystery Illness and How to Finally Heal 5 Ways to Find Natural Health and Wellness in 2019

It’s easy to go into autopilot when it comes to your health: you do the same things day after day, week after week, regardless of whether they’re serving your health. ...

When Phoebe Lapine was diagnosed with debilitating Hashimoto’s right after college, it totally transformed her life. After being told that she’d be on medication for the rest of her li ... 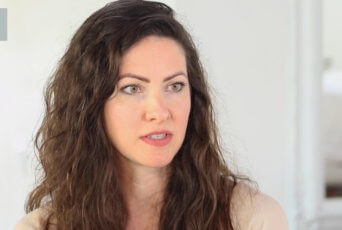 How Dr. Kelly Brogan Is Pioneering the Field of Holistic Psychiatry

Dr. Kelly Brogan was a conventional psychiatrist for many years, and spent much of her career prescribing medications to help treat her patients’ conditions. Today, she’s a pioneer in ...