It seems like every day there’s some new diet trend that everyone on Instagram (and IRL) is talking about. A few years ago it was paleo, then Whole30 swept the nation, now it’s all about the keto diet — so how are you supposed to know which diet is the best? The fact is, there’s not one “right” approach to eating, and each of these diets has benefits and drawbacks depending on your unique nutritional needs, so we decided to dig into the latest research to understand the differences. Read on to learn which diet is best for who and the overlaps between all of them.

What It Is: The keto diet is a low-carb, high-fat diet based around the idea that cutting carbs drastically puts your body in a state of ketosis (Ketosis is when your body doesn’t have enough carbs from food to use for energy, so it burns fat instead. This produces a chemical called ketones, which your body then uses for fuel. To learn more about ketosis, check out Dr. Axe — he literally wrote the book on it!)

Benefits: Being in a state of ketosis has a lot of purported benefits, such as drastically increasing how efficiently your body burns fat, and reducing blood sugar and insulin levels. Given this, keto can be very effective when it comes to weight loss and reducing the risk of type 2 diabetes. Various studies have shown that keto can help with a wide range of other conditions, including epilepsy, cancer, Alzheimer’s, PCOS, and heart disease.

Drawbacks: Much of the criticism of the keto diet comes from the fact that most of the research on it has been done in medical settings, with clinical controls and safety precautions, and there’s no research on long-term effects. There’s concern that the extreme lack of carbs and high fat content can do damage to the heart as well as cause muscle loss. There’s also the issue of decreased brain function and lack of vital nutrients that you’d normally get from higher-carb foods like fruits and whole grains, like barley, brown rice, or oatmeal.

Who It’s Best For: Given all the above, the keto diet is probably best followed as a short-term approach for people looking to lose a lot of weight (though you need to be careful about how you go off the keto diet to avoid gaining the weight back), or for diabetics trying to get their blood sugar levels under control. For those battling cancer, there’s also been research indicating that the keto diet can slow the growth of cancerous cells.

What It Is: A completely plant-based diet that eliminates meat (including poultry and fish), eggs, and cheese. Some vegans also avoid any animal-derived products, including honey.

Benefits: Animal fats have been linked to a wide range of health conditions, including diabetes, hypertension, and heart disease so eliminating them from your diet subsequently reduces your risk. It’s also been shown to lower cancer risk.

Drawbacks: Some essential nutrients, like B-12, can only be found in animal fats, so a vegan diet without supplements can lead to a B-12 deficiency, which impacts nerve function and blood cell production. Vegans also need to be cognizant of getting enough iron, protein, and omega-3 fatty acids.

Who It’s Best For: Because of the lack of animal fat, vegan diets can be extremely beneficial for people with heart conditions or hypertension, or who are simply genetically predisposed to heart disease. It’s also a smart choice for people looking to actively cut their cancer risk.

What It Is: The paleo diet is based on the premise of eating the foods our Paleolithic ancestors (aka the early humans who lived during the Paleolithic era some 3 million years ago) likely consumed. This means it includes lean cuts of meat (including pork, chicken, beef, and lamb), fruits, vegetables, nuts, and seeds (which all grew freely and didn’t need to be harvested), and excludes foods such as legumes (such as beans, soy nuts, peanuts, and peas) dairy, and grains, which were introduced later when agriculture (or farming) became part of human civilization.

Benefits: Paleo is also an anti-inflammatory diet, eliminating most sugar and processed foods (known to be inflammatory), and has been shown to be effective for relieving the symptoms of certain autoimmune conditions, like IBD, psoriasis, and even celiac.

Drawbacks: Because it eliminates all legumes, it can be difficult for vegetarians to get enough protein on a paleo diet (beans are some of the highest protein-containing plant-based foods). And because of the lack of grains, it’s a relatively low-carb (and therefore lower-energy) diet, which can make it difficult for athletes to follow. Plus, the focus on meat might increase your risk of heart disease.

Who It’s Best For: Paleo is a great choice if you don’t mind eating meat philosophically and have an autoimmune condition, as it can help you reduce your symptoms naturally through diet. Just be sure all the meat you eat is grass-fed, organic and pasture-raised!

What It Is: First off, wtf is a FODMAP? It’s an acronym for a category of foods, and it stands for fermentable, oglio-, di-, mono-saccharides, and pylols. This group of foods designates a group of carbs that are known to trigger bloating, gas, and other digestive distress. Low FODMAP diets eliminate or vastly reduce these foods, which include things like wheat, onions and garlic, most dairy, certain fruits, and low-calorie sweeteners.

Benefits: Most of the benefits of the low FODMAP diet have to do with the gut. It has been shown to help leaky gut symptoms and increase production of serotonin in the intestines, which can help with IBS. It’s also linked with improved immune system activation.

Drawbacks: This one can be very tough to follow, because there’s not an easy-to-remember set of rules on what to eat and not eat. To really adhere to the diet, you’ll likely need to frequently consult a list of low- and high-FODMAP foods.

Who It’s Best For: People with gastrointestinal distress can benefit the most from low-FODMAP diets. So if you’re experiencing IBS, IBD, or other digestive issues, this might be a diet to try.

What It Is: Consistently ranking high in popularity and effectiveness among diets, the Mediterranean Diet is based on the foods typically eaten in Mediterranean countries like Italy and Greece. This means eating lots of fish and lean meats (mostly chicken and fish, with minimal red meat), fruits and vegetables, whole grains, wine, and healthy fats like olive oil, and avoiding processed and high-sugar foods.

Benefits: This eating approach has been linked to many health benefits, including weight loss and can have a protective effect against heart attack, stroke, and type 2 diabetes.

Drawbacks: There aren’t many drawbacks to this moderate approach, however if you have a chronic health issue and grains or fruit are a trigger, this may not be the best for you. Also mercury-filled fish and dirty meat can have an inflammatory effect on the body, so make sure you’re eating low-mercury fish and grass-fed, pasture-raised organic meat. It also includes daily wine, which isn’t advisable for some people.

Who It’s Best For: This is another good choice for people looking to reduce their risk of heart disease. It’s also a smart approach for people who can’t stick to anything too strict, as it’s a fairly moderate and inclusive diet that doesn’t drastically eliminate anything.

What It Is: Whole30 is a relatively new diet that’s gained popularity quickly. It emphasizes eating whole foods (or one-ingredient foods like an apple or a carrot) and eliminating sugar, processed foods, dairy, alcohol, and legumes.

Benefits: Just like paleo, Whole30 is an anti-inflammatory diet that can help with a wide range of ongoing issues, from joint pain to digestive issues and skin conditions. It can also be effective for helping you identify food sensitivities, since it’s an elimination diet.

Drawbacks: It’s a pretty extreme approach, which can be challenging and frustrating (and expensive) to follow. Some critics also say it includes too much animal protein.

Who It’s Best For: Whole30 is an excellent choice if you’re looking for a total “reset” (which is probably why it’s so popular right after the holidays). It’s also good for people who think they might have a food sensitivity or allergy but aren’t sure what it is.

You might find that one of these diets is perfect for you — or none of them might feel totally right. If the latter is true, don’t stress. Picking and choosing different elements from a bunch of different diets and coming up with your own set of dietary rules can be just as effective as adhering to one of the diets above. What’s more, all of these diets share a number of common factors, which we like to call the “Everyone Diet.” If you don’t know where to start, try sticking with these simple guidelines of the Everyone Diet:

If you want to get started with the “Everyone Diet” and need recommendations for food brands without added sugar or lots of chemicals and preservatives, check out the WellBe Non-toxic Product Lists database! You’ll find recommendations for tons of healthy, vetted food products, as well as products in 20 other categories.

The Loving Diet: Going Beyond Paleo into the Heart of What Ails You

The Whole30: The 30-Day Guide to Total Health and Food Freedom

Dr. Jonathan Aviv on the Dangers of Acid Reflux and How to Heal Through Diet Dr. David Perlmutter on How to Improve Your Brain

David Perlmutter, functional neurologist, wants you to know how to improve your brain. But in his years practicing, he’s seen a disconnect between the information he tells patients and t ... 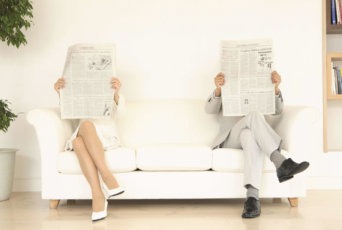