We get it, alcohol isn’t the healthiest thing ever for our bodies. But we also know that it’s been part of the human experience since...well, forever. We already investigated the healthiest wine options but then we decided to dig into the rest. Is there a big difference between how beer and various spirits affect your health? And how do they stack up against wine? What’s the Best Water Filter System Based on Where You Live?

In July 2017, the Environmental Working Group (EWG) published their database of pollutants found in American tap water. By entering your zip code, you can research what contaminants have been found in public water systems. So now what? We looked through the EWG’s water filter guide to find some products that are certified to filter out contaminants found in Boston, Chicago, Los Angeles, and New York City.

When Courtney Maiorino was diagnosed with Crohn's disease, she was told she'd be on medication for the rest of her life. But she decided to find a different, holistic way to manage this serious disease. FLO Living founder and women's health expert Alisa Vitti spoke with WellBe about what the color of your menstrual blood can tell you about your health, and how to use that information to treat symptoms and balance hormones through diet. Is Grilling Healthy? It depends. The WellBe Guide to Safe Grilling

Nothing says innocent summer fun like throwing some meat on the grill and eating al fresco with friends and family. The only thing is — grilling isn’t actually so innocent after all. Yep, like that mosquito that keeps landing on your fruit salad, we’re here to put damper on your next summer bbq with some news about the serious health risks of grilling. But unlike that annoying mosquito, we’re going to make it better in the end, with smart tips to help you stay safe while still enjoying all the fun and deliciousness of grilling season. Adrienne shares the story of her mother's suicide and how it led her to quit her job and found WellBe. Imagine suffering from range of ailments that totally controlled your childhood and then having a psychotic breakdown at 18 that led to institutionalization. For Ally Hilfiger, now 32, that was the reality of the bulk of her childhood. When she was 7, Ally Hilfiger was bitten by a tick, but not diagnosed with chronic Lyme disease until 19. For all those years in between, she had to deal with severe fatigue, joint pain, difficulty retaining information, fainting spells, shooting pains, migraines, and serious anxiety attacks. No one could figure out what was causing her physical and neurological complications. When his mom started showing signs of memory loss a few years ago, the journalist threw himself into researching how diet and lifestyle could’ve contributed to her dementia diagnosis. 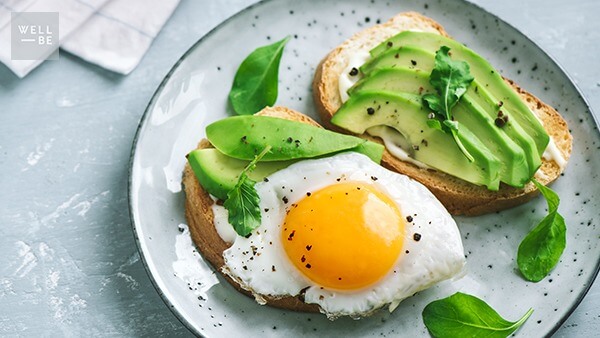 How to Choose the Healthiest Eggs: Pasture-Raised Eggs, Free-Range, Cage-Free, and More

Not all eggs are created equal. Similar to how a fetus is affected by the health and diet of its mother, the health and diet of a hen very much affects the quality of her eggs. If you're an egg eater, you'll agree that all the terms on egg cartons are confusing— how do you tell if you’re buying high- or low-quality eggs? We investigated to figure out which terms really affect our health— and which are totally nonsense. We also talked to Mark Kastel, the co-founder of The Cornucopia Institute, a farm policy research group, for the inside info on why hen health affects our health. Here’s our WellBe education on eggs. Ready? Go.
Page 1 of 9123...»Last »