Breast cancer scares all of us. It used to affect just women, but breast cancer in men is now also on the rise. We’ve all known somebody who has had breast cancer — some survive it, others don’t. Either way, it’s a hugely scary cancer, for both older women who are at greater risk, and younger women who might get it earlier in life, before they plan to have children and breastfeed.

Finding A Breast Lump — What Comes Next?

After our interview with clinical thermographer Tammy Kohlschmidt in 2017, I began doing breast self-exams in the shower. In late 2018, I felt a little lump, about the size of a  BB. It was something I could hold between two fingers and move around, on the side of my left breast, near my lymph node and armpit. When I had my last annual gynecological checkup in early 2019, I told my doctor. She suggested I get an ultrasound, which is an imaging test that sends high-frequency sound waves through the breast and converts them into images on a viewing screen.

A 2015 study published in the Journal of the National Cancer Institute found that an ultrasound finds about the same amount of breast cancers as mammography does. Unlike a mammogram, there is no radiation involved, which was a big selling point for me. Exposure to radiation can harm our health in a variety of ways, so I try to limit my exposure whenever possible. However, it’s important to do your own research and consult a doctor to determine whether you need a mammogram or an ultrasound.

On the day of my appointment, I went into a dark room with an ultrasound technician. After applying a cool gel, she asked me if I was there for something specific. I told her about the lump and pointed to it. She moved the ultrasound wand over my two breasts for a few minutes and then she told me to get dressed and disappeared.

About five minutes later she came back, handed me a piece of paper and said she spoke to the reading doctor who was in another room. I’d gotten abnormal breast ultrasound results. “You need a biopsy,” she said. “You have a suspicious lump, but it’s not the one you think it is. You actually have lumps all over. Your doctor will get the report and she’ll explain it to you.”

“No,” she said. “but your doctor can call the reading doctor if she doesn’t understand the report.”

She handed me a piece of paper with instructions about booking a biopsy at the same center. I walked out bewildered and told the receptionist that I apparently needed a biopsy.

Of course I felt obligated to get the breast biopsy results, but I was also very resistant to getting a biopsy because of everything I have learned through my WellBe research about the risks of cutting into the body. First, any incision or wound causes inflammation. Since the incision would be very close to my lymph node in my armpit, that would mean inflammation and scarring would be created in the exact place where I need good blood flow in order to flush toxins out of my body through sweat.

Second, any incision or wound runs the risk of getting infected. Wound infections can require antibiotics, which I try to avoid as much as possible because of a number of reasons related to how it harms my gut health (and my immune system) and increases my antibiotic resistance.

Third, Chinese medicine doctors, as I learned from Dr. Jill Blakeway, believe in the concept of “qi,” or energy that flows through the body on pathways called meridians. Osteopath Dr. Habib Sadeghi explains that “these invisible pathways run throughout the body, penetrating every cell, organ, and system, vitalizing them with the life essence they need to function optimally.” When you cut into the body, it creates scar tissue, which interrupts these energy meridians. Dr. Sadeghi goes on to say that the effect of this interruption is “an accumulation or stagnation of energy that often results in new physical problems cropping up in the same general area of the body.”

As I mentioned, the area where I’d likely be getting the biopsy is where all the toxins in my body end up before exiting through sweat. I certainly did not want an accumulation or stagnation of energy there because of scar tissue. That being said, I didn’t want to be stupid. What if the breast biopsy results showed something terrifying? If I had a cancerous lump growing, catching it early is smarter than letting it grow and maybe even spread.

I remember feeling distrustful of the center as I scheduled the biopsy. They wouldn’t let me speak to the doctor reviewing my case, and I knew they’d be making more money on doing the biopsy and giving me the breast biopsy results. There’s no way around it: they are incentivized to do biopsies, even if it’s questionable whether I need one.

Despite the fact that the center took my insurance, I still paid a nearly $200 copay for the ultrasound, and would have paid another $700+ for the copay for the breast biopsy and breast biopsy results. At the last minute, feeling so uneasy about everything, I decided to get a second opinion, and left without scheduling anything.

Getting A Second Opinion + A Diagnosis

I got on the phone with my doctor a few days later to review the report. She explained that I had something called fibrocystic breasts, meaning I had a lot of fibroids all over, which the Mayo Clinic says is not at all uncommon. Still, I had never known this! The lump in question was just one of the many fibroids. She went on to say that she isn’t a breast expert so deferred to the reading doctor at the radiology center, but thought that I should get a second opinion before getting a biopsy.

She reiterated that she really trusted the radiologist that she originally referred me to. Despite that fact that it would be out of pocket because he didn’t take my insurance, I booked an appointment. I figured, my experience wasn’t great (nor that inexpensive) at the radiology center that did take my insurance, so if my doctor really trusted this out-of-pocket doctor, I should just spend the money and go see him.

Before I could see him, I had to physically bring the CDs with my scans to his office because they couldn’t be sent digitally so he could review them. I could not believe it. Isn’t it 2019? How can I wire tens of thousands of dollars digitally in a moment but can’t send a few imaging scans over the internet for a second opinion? I had no choice so I complied, and then booked an appointment for the following Monday.

Around 5pm on the Friday before, my cell phone rang. I was in the car with my husband and didn’t recognize the number but I picked up anyway. It was the doctor I was supposed to see Monday. He told me he wanted to call me before the weekend because he thought I might be nervous and worried that I might have cancer. UM YES, IN FACT I WAS!

He wanted to reassure me that he looked at the scans and did not believe the fibroids in question were suspicious or cancerous. He said we should do a follow-up ultrasound in 6 months to be on the safe side, but other than that I should relax and enjoy my weekend.

I breathed the biggest sigh of relief. I thanked him profusely not only for getting on the phone with me, but also for having the wherewithal to know that I would be worried, and to help make my weekend better by putting my mind at ease. I told him about the experience at the center where I wasn’t allowed to talk to the doctor doing the reading.

His response to this was pretty powerful. He said, “Well that’s why I don’t take insurance. To practice medicine the right way, you need to do the scans yourself, and review them with the patient right there and answer all of their questions. It takes time, and the way these procedures and appointments are billed and coded with insurance, I couldn’t afford to spend more than a few minutes with each patient, and I’d have to outsource the ultrasound work to a lower paid technician. I don’t want to practice that way.”

There are many things broken about the conventional healthcare system, but certainly the fee-for-service (rather than fee-for-outcome) model is one of the biggest problems. I realized that though getting a second opinion cost me a few hundred dollars out of pocket, the peace of mind and thoughtful care I received was worth way more than that. The second opinion also saved me over $700 for the biopsy I avoided.

If you’re trying to figure out the next steps after getting an abnormal ultrasound, Adrienne can help. Schedule a 1:1 call with her to learn more about her holistic patient advocacy services.

Being me, I dug into the research about the causes of fibrocystic breasts so I could work on finding the best fibrocystic breast disease treatment. Apparently, fibroids or lumpy breast tissue grow because of hormonal imbalances — specifically, estrogen dominance. There are many causes of estrogen dominance, but as I looked into it further, I saw that it was linked to thyroid dysfunction and Hashimoto’s, which I have a mild case of.

What’s more, I have always had severely painful menstrual cramps and never considered that I could do anything about it. As I kept researching, I learned that estrogen dominance causes thyroid hormone to be less available, and low thyroid function can reduce progesterone levels, causing PMS symptoms (i.e. painful cramps) to flare.

The few chronic health issues I have — mild but persistent thyroid dysfunction, painful cramps, and my recently discovered fibrocystic breasts — were all linked. Any fibrocystic breast disease treatment I pursued would also have an impact on the other two. I felt like I was getting clues to an unsolved crime. I read on, and learned that there are a variety of ways you can reduce estrogen dominance, many of which I already do (eat organic, reduce plastic in my home, drink filtered water) but there were some ways — such as reducing chronic stress, detoxing the liver with exercise, infrared saunas, and reducing my alcohol intake — that I could definitely do a lot more of. Though this experience was at times scary, confusing, and disappointing, it taught me some very important lessons which I can now share with you.

Here are my three biggest learnings from my experience with an abnormal breast ultrasound:

I’d love to know if you’ve had any similar experiences, either connecting the dots between symptoms to explain an underlying health issue, or with an encounter in the conventional healthcare system that almost sent (or did send) you down a path you didn’t need to go on. Please tell me in the comments below! 6 Takeaways from the Integrative Healthcare Symposium 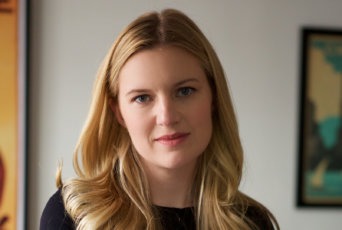 My Experience with the Adrenal Thyroid Revolution Program

This post was originally published on the Wanderlust Blog. As I alluded to in my impactful changes of 2018 article, I was diagnosed with Hashimoto’s thyroiditis about a year ago. ...